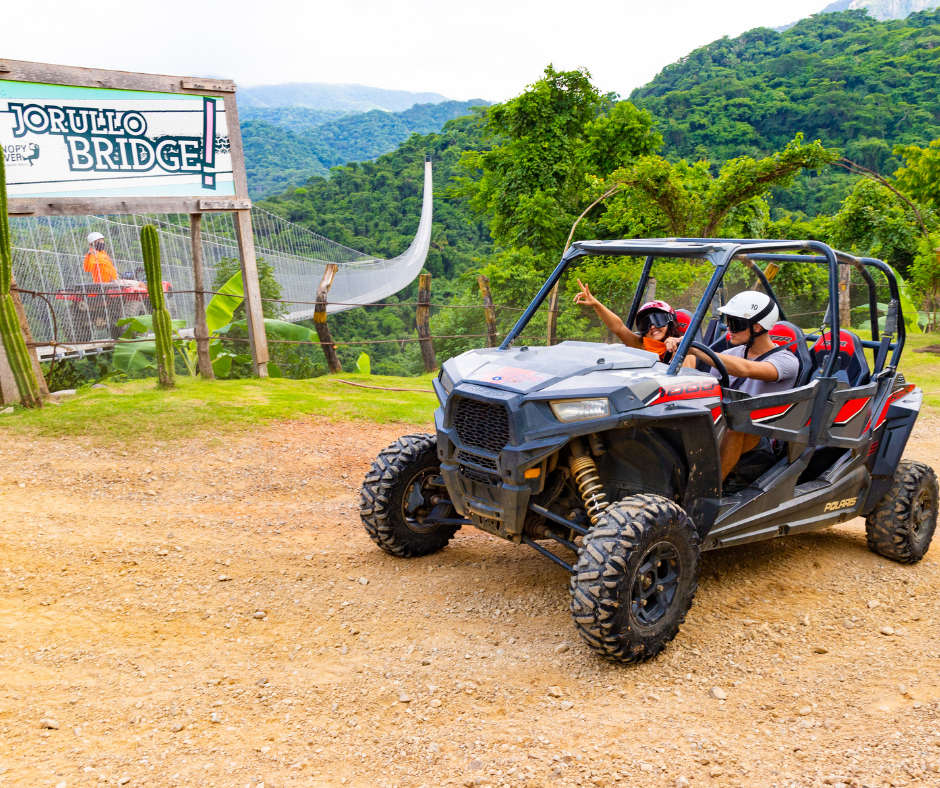 Puerto Vallarta is one of Mexico's popular holiday destinations. That's because they boast sparkling seas, gorgeous beaches, friendly marine life, and many more. Given its natural beauty, the best things to do there would be some outdoor-based activities. If you’re interested, here are nine thrilling outdoor activities that you should try while you’re in Puerto Vallarta. [caption id="attachment_498" align="alignleft" width="300"] Puerto-Vallarta-Jalisco-México[/caption] [caption id="attachment_496" align="aligncenter" 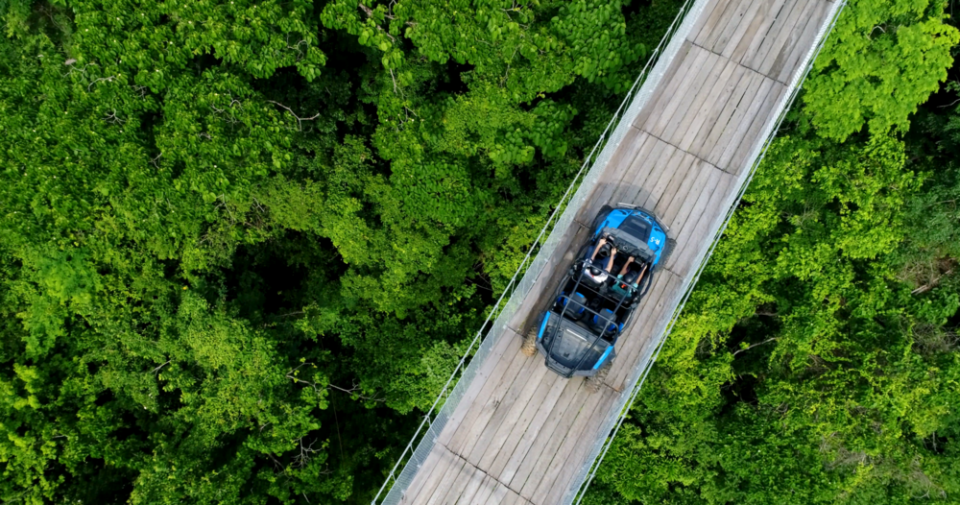 The Longest Vehicle Suspension Bridge in the World is a work that has impacted young and old throughout Mexico and the world, from the journey to reach the facilities of the Canopy River park, you will be able to observe the variety of vegetation that feeds the Cuale River, the warmth of the people who greet you when they see you go by, with a pleasant look that even makes you smile; You will not feel the 30 minutes that are traveled from the center of the city until you reach the park, you will notice that there is much to 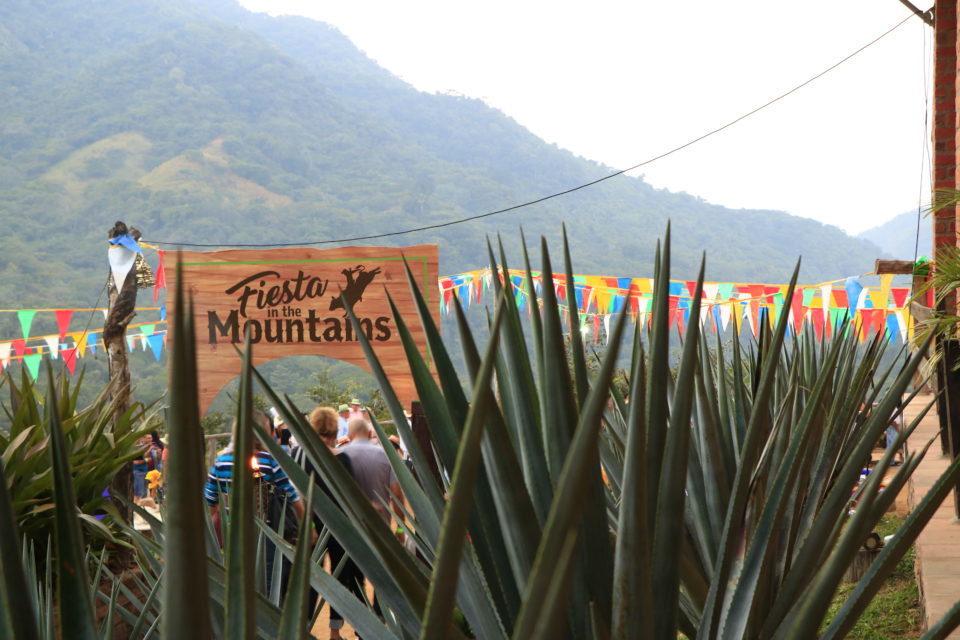 Are you traveling to Puerto Vallarta and looking for something fun and cultural to do at night? Canopy River has the perfect tour for you. Fiesta in the Mountains. Offering something unique in Puerto Vallarta. Fiesta in the Mountains is one of the most important activities that we offer. Which is a mexican party that occurs every Wednesday in the top of the mountain and where you could spend a fun night with your significant other, friends or even family. Canopy River has 3 different pick up points across Puerto Vallarta and 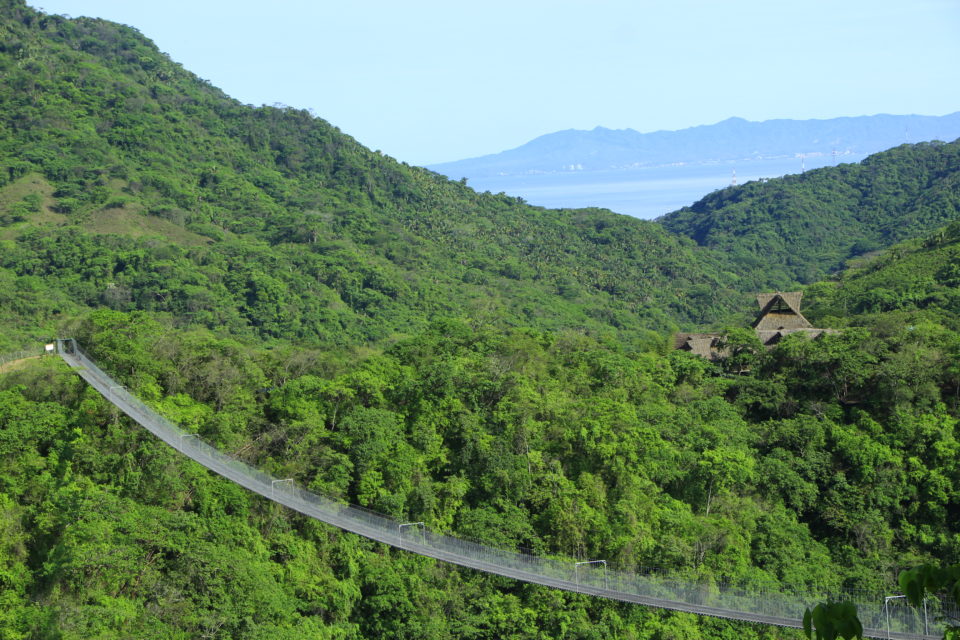 In the middle of the Sierra Madre Occidental, you can find this big structure of 1592 feet in length and 492 feet of height, living in complete harmony and responsibility with nature. Enjoying of 360 degrees views of the mountains and part of the Banderas Bay of Puerto Vallarta 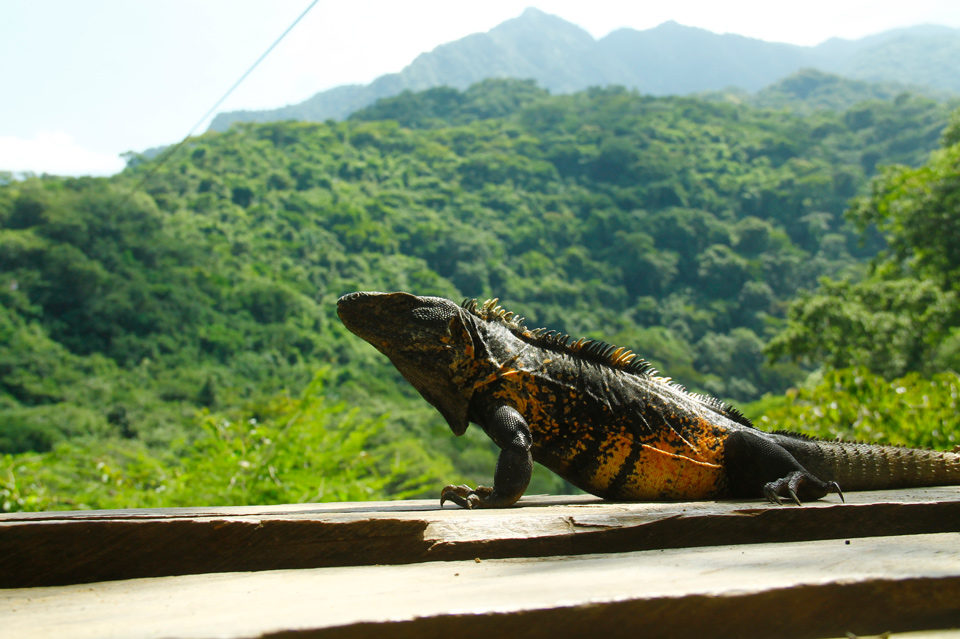 Coming to Canopy River is not only an experience of adrenaline and adventure, it is also a place to appreciate the nature of Puerto Vallarta and a chance to get to know species that if you do not live here, for sure will never get to see so closely. Canopy River is located in the Ejido el Jorullo, this area has a great diversity of natural scenarios such as the impressive mountains of the Sierra Madre, the Cuale River, and abundant vegetation. Every step you take on this place is a new opportunity to discover a great variety 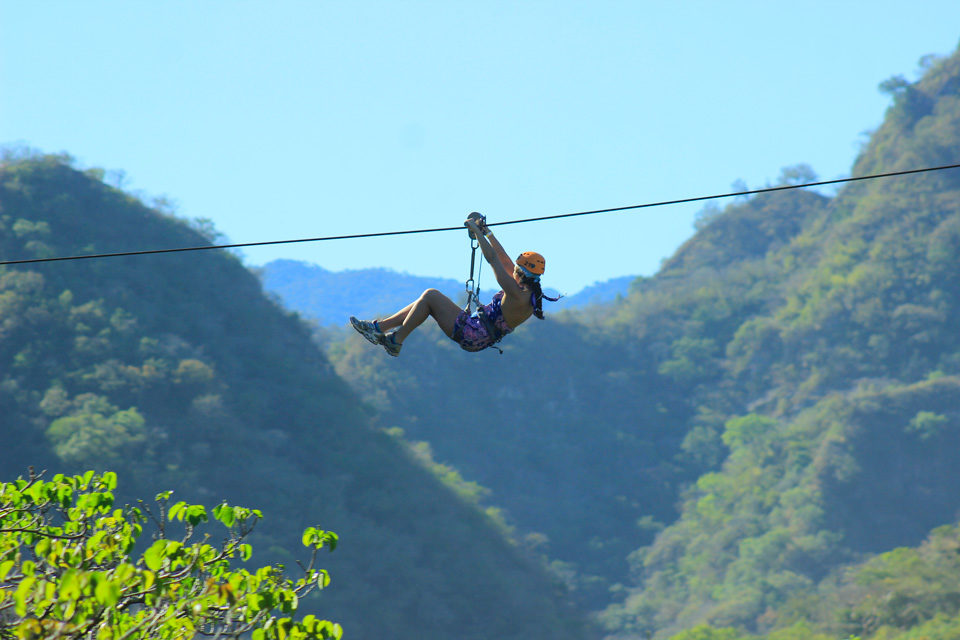 Zip Line: A trip of adrenaline and speed

Zip Line also known as canopy was invented in Costa Rica by an American biologist called Donald Perry, who implemented it to be able to study the tropical forest. 18 years later the Canadian Darren Hreniuk inaugurated the first public zip line in Monteverde, Costa Rica, creating one of the most fun attractions for speed lovers. Here is a list of the best zip lines around the world: The Monster: Registered in the Guinness Record as the largest in the world, this zip line is 2.5 kilometers long equivalent to 28 soccer fields. 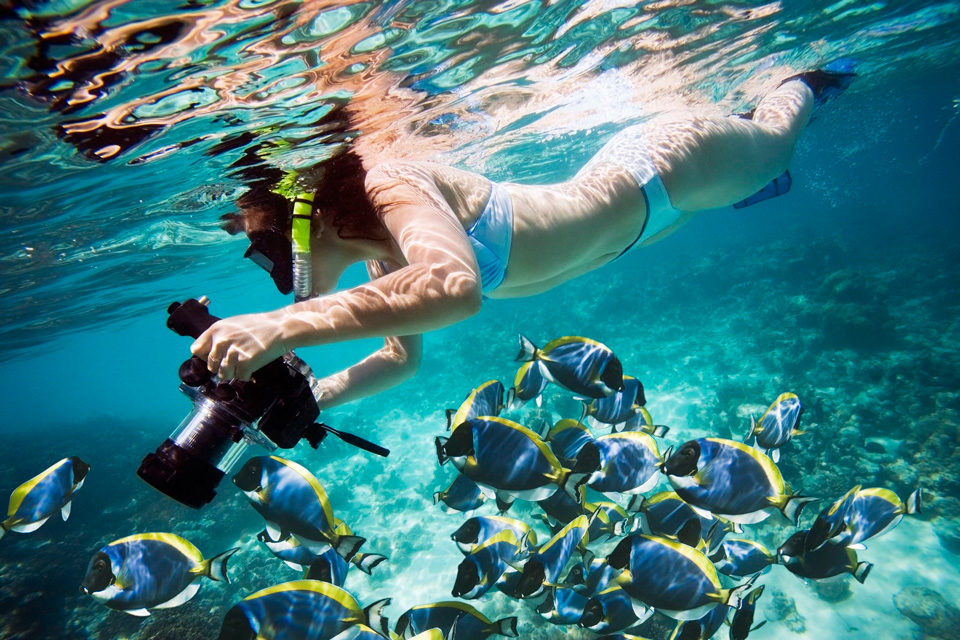 Ecotourism in Mexico is increasing each year, besides being an activity that allows us to get closer to nature and get to know our country, it has many benefits. Here we mention a few of them: 1. Good for your health Practicing a sport or outdoor activity is always good to keep us in shape and tone our muscles. Breathing fresh air oxygenates our body and clears our mind. Besides, exercising generates endorphins which eliminate stress and make us feel good. No matter if you practice rappel or if you just walk around the 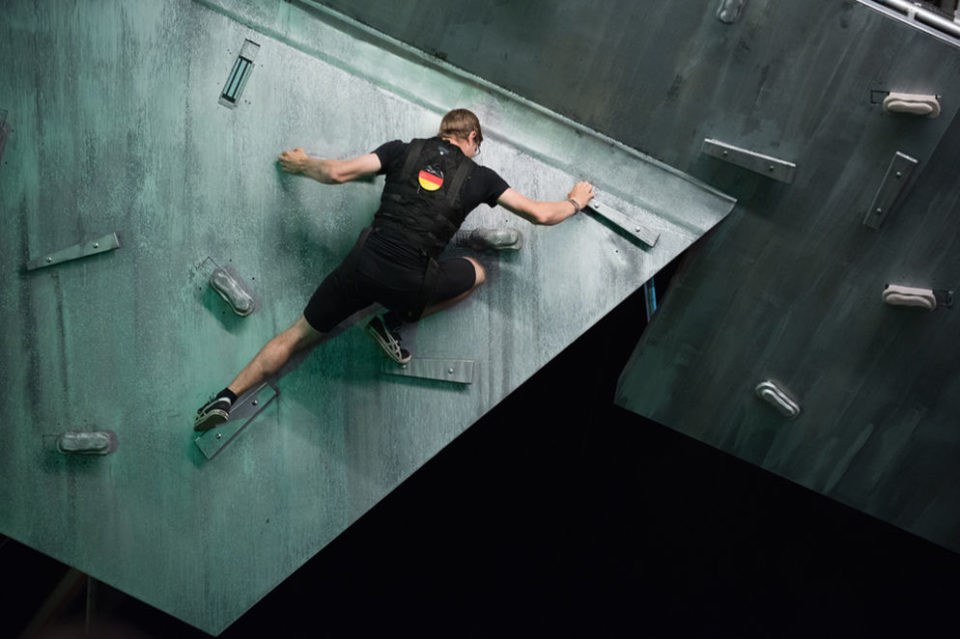 If you love adrenaline and extreme sports, we highly recommend this new Netflix series. It’s a reality show where you can watch an extreme competition between the best athletes in the world. Produced by the well-known Silvester Stallone and Dave Room, producer and writer of the show “The Biggest Looser”, this series seeks to surprise and hook its spectators in each episode with a competition full of adrenaline. It will have 108 participants from six countries: Mexico, Germany, Japan, United States, Brazil, and South Korea, who, 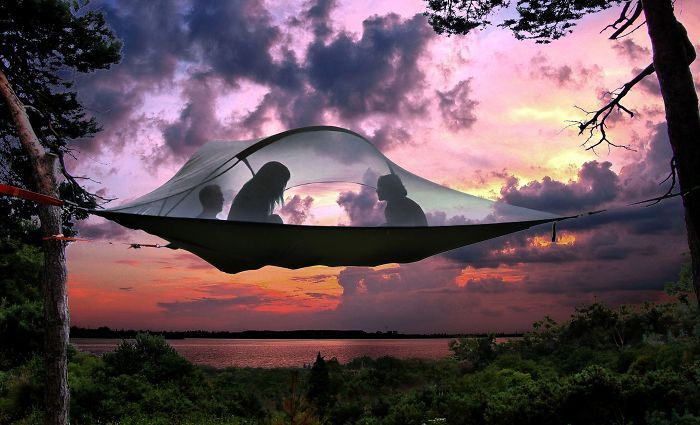 Whether you are going on a long trip or a fun excursion during the weekend, here we give you a recommendation of 5 perfect gadgets for this trips full of nature and adventure. 1. Solar Backpack This kind of backpack allows you to charge all your electronic devices thanks to its solar battery, besides keeping all your belongings safe and protected from the weather. Definitely useful especially when you run out of battery in the middle of a mountain or the jungle. We recommend the XTPower on sale at Amazon. 2. Selfie 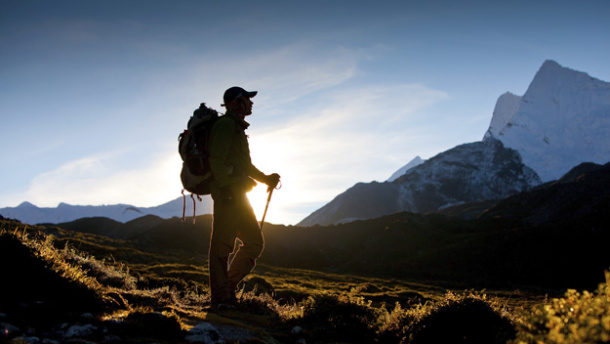 Hiking is in an activity that allows you to exercise your whole body and to know new places, is a good exercise to connect with yourself and with what surrounds you. It consists of walking on foot mountainous areas, trails, wooded, or jungle areas, in order to approach the environment and learn from the nature. You might think that hiking can become boring, but in reality it’s an activity that can become extreme adventure or a walk full of peace, it all depends on the place and the pace you want to go. If you are starting to